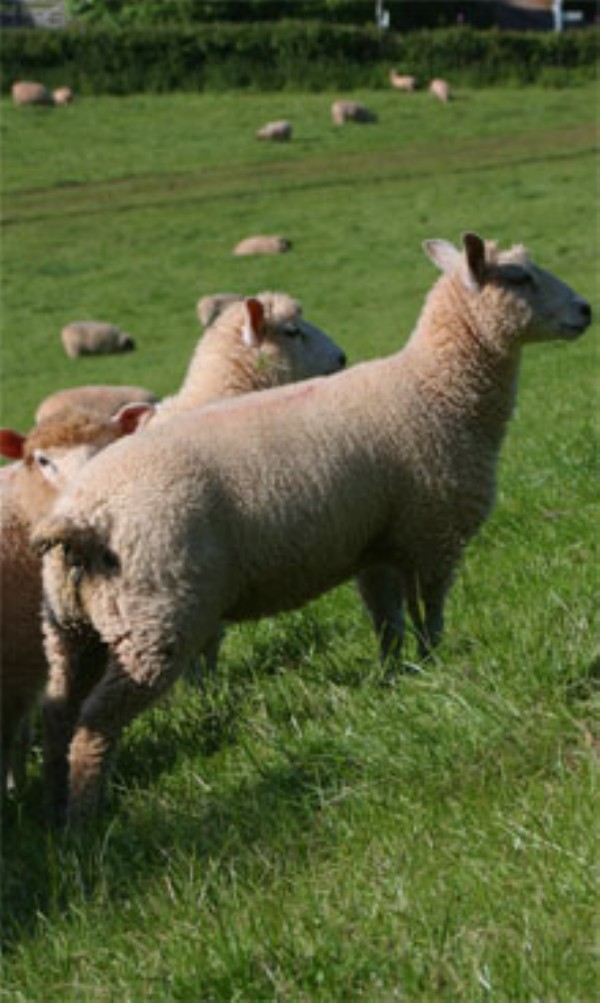 Low returns from the beef and sheep sectors are forcing producers to look for minimum cost systems that produce the low fat product consumers demand. Maximising the utilisation of fodder and forage will not only reduce feed input costs, it will also satisfy consumer-led demand for ‘natural’ livestock production systems.

Likewise, basing production on home grown forages maintains traceability of the product, promoting consumer confidence. Several recent reviews of alternative crops have concluded that forage legumes offer great scope as home grown sources of protein for ruminants, and that these crops can offer a wide range of agronomic and nutritional benefits. The use of leguminous crops that fix their own nitrogen also reduces the need for artificial fertilisers, thereby promoting an environmentally-friendly image while reducing fertiliser N costs.

Research from New Zealand suggests that grazing lambs on forage legumes can result in lambs finishing earlier and/or an improvement in their carcass quality. This could lead to lower costs of production and an increase in producer income, yet there is little information available regarding the effects of grazing legumes on the growth and conformation of lambs reared in the UK. To explore this potential to improve lamb finishing in more detail, IGER is currently investigating the effect of forage legumes on growth rates and carcass composition as part of a research programme funded by MAFF and the Meat and Livestock Commission.

Research carried out during the 1999 growing season compared the finishing performances of Suffolk cross lambs from a late-lambing flock when grazed on monocultures of forage legumes or ryegrass. Replicate plots of red clover (cv. Merviot), lucerne (cv. Luzelle, a grazing variety), lotus (cv. Leo) and perennial ryegrass (cv. Abersilo) were sown at seed rates of 16 kg/ha, 24 kg/ha, 14 kg/ha and 35 kg/ha respectively at the beginning of May. Compound fertiliser (P2O5, K2O) was applied to the seedbed to achieve phosphate and potash indexes of 2+ or 3, and nitrogen was applied tot the ryegrass plots at a rate of 62.5kg N/ha. Broad-leaved weeds were controlled by topping ten weeks after sowing. Phosphate was then applied to all forages at a rate of 85 kg P2O5/ha, with the ryegrass plots also receiving 64 kg N/ha.

Each forage type was grazed by twenty Suffolk Mule lambs from a may-lambing flock. The animals were put onto the experimental plots at weaning, and grazed their allotted forage type until selection for slaughter at fat-class 3L. In practice, this meant the lambs grazed the plots for up to 9 weeks from the beginning of September.

Given the time of year the trial was conducted, it is not surprising that there were substantial changes in the crude protein content of the different forage treatments over the course of the experiment. As can be seen, the protein contents of the red clover and ryegrass were relatively consistent. In contrast, there was a marked decline in the protein contents of the lucerne and lotus towards the end of the grazing period. In the case of the lucerne this was mainly due to grazed leaf no longer being replaced as plant growth slowed, and the sward becoming progressively stemmier. Growth of the lotus plants had also slowed, but these swards became more weedy than stemmy.

Other experiments at IGER have also shown lotus to be slow to establish, and to have poor persistency during winter. However, despite this, the highest growth rate, over 275g/d, was recorded for lambs grazing the lotus plots. One of the reasons animals fed this crop perform so well is that it has a significant tannin content. These compounds protect plant protein from degradation in the rumen, and increase the supply of protein to the small intestine. This protection mechanism, together with a high crude protein content, mean that this crop has great potential to increase the supply of protein to ruminants. However, before this potential can be realised, the agronomic and persistency problems of lotus have to be addressed, and IGER are now evaluating lotus varieties from around the world to establish whether more reliable options are available.

In comparison with lotus, red clover is a more reliable crop, suited to a wide variety of soil types, and the growth rate of the lambs grazing the red clover was also higher than that for lambs finished on ryegrass. Furthermore, lambs that have been grazed on the red clover had a higher cold carcass weight (see Table 1), leading to a significantly higher killing out percentage, indicating that this crop has great potential to improve production efficiency of finishing lambs.

Values within rows with different superscripts are significantly different.

The conformation of the lambs at finish was determined by measuring eye-muscle and subcutaneous fat depth using an ultrasound scanner, but no differences in the composition of the lambs finished on different treatments were found. Thus the results indicate that by grazing lambs on forage legumes it is possible to increase growth rates reduce the time to finish without compromising carcass quality.

Given that the crude protein contents of the forage legumes grazed during this experiment were lower than would be expected earlier in the growing season, there is potential for growth rates to be even higher if finishing lambs from February/March lambing flocks grazed these crops. This has been investigated further in a similar experiment conducted this summer (2000) with lambs grazing plots of red clover, lucerne and ryegrass from July onwards (unfortunately winter survival of the lotus was poor, and so this crop was unavailable for inclusion in the experiment). Early indications are that at this time of year the growth rates of lambs grazing the red clover and lucerne were 70 per cent and 35 per cent higher than that for equivalent lambs grazing ryegrass.